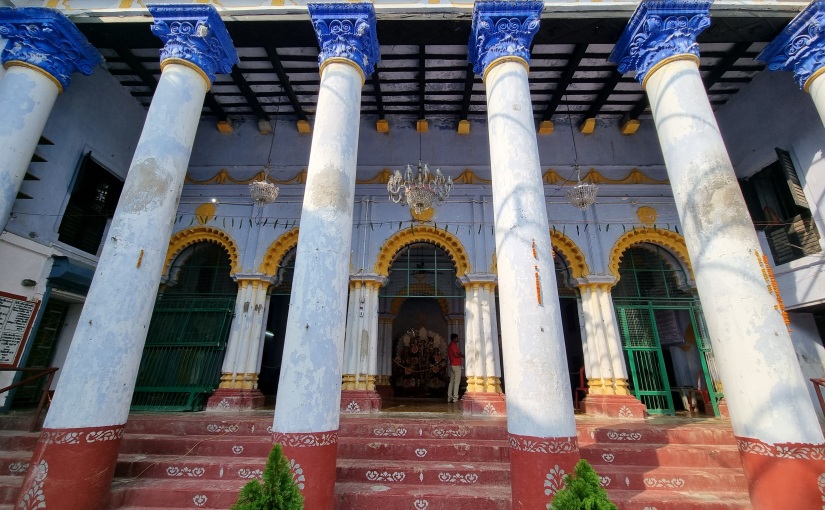 Durga Puja is held in many bonedi households in Serampore of which Dey Bari in Dey Street is one of the oldest. This year I paid a visit there in the afternoon and came to know that Durga Puja started way back in 1748 A.D by Ram Chandra Dey.

The protima is built in the massive thakurdalan. On the day of Sasthi the ladies of the household welcome the goddess. As the household deity of the Dey family is Sridhar Jiu, the puja is held following the Baisnab rituals, and, as such there is no balidaan or sacrifice. Sridhar Jiu is worshipped daily and during the days of the puja it is brought to the thakurdalan and worshipped with Maa Durga. The massive columns with stucco works remind us of the bygone days.

Kumari Puja and Dhuno porano are held on the day of Astami. One striking thing associated with this puja is about puspanjali on the day of Nabami. On that day only married couples of the family can offer floral offerings though there is no such restriction about puspanjali on the other days of the puja. Another unique feature of this puja is that whatever is offered to the goddess is prepared in the household and not brought from outside.