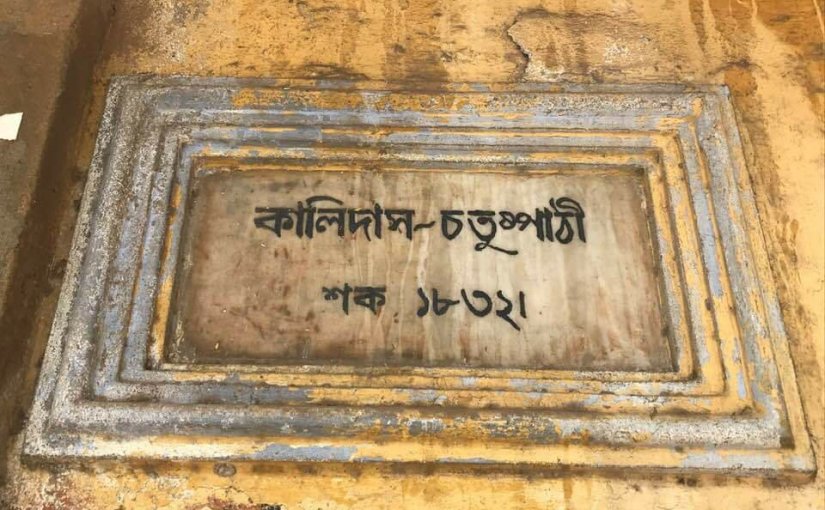 Chandernagore, a muncipal town in Hooghly district is about 33 kilometres from Howrah station. It can be reached by both road and rail. This town was a former French colony.

Formerly, Gondolpara, “a quarter of Chandernagore” was a seat of Sanskrit learning. As far as can be known the system of education in Chandernagore was mainly centered around a few pathsalas and chatuspathis, and, that too, more than a century ago.

Later on Christian missionaries established a number of schools for the spread of education. The names of Father Fritz, Father Barthet, Father Alphenso and Brother Hanoriere are specially mentionable as they were among the pioneers for the spread and advancement of education here. Of course, the education was as per the western model. But prior to that there existed educational institutions mainly in the form of pathsala and chatuspathi. Banga Vidyalaya was established in May 1881. There also existed a primary school established in 1885 by Durga Charan Rakshit. There also existed pathsalas – both government and non-government in Chandernagore.

During one of my visits to Chandernagore, I came across a chatuspathi named Kalidas Chatuspathi in Lalbagan area situated close to Nandadulal Temple. There existed a stone plaque just outside the entrance where the year of establishment was written in Sakabda. Converting 1832 Sakabda to Gregorian calendar it comes to 1910 A.D. It was established during the administratorship of Monsieur H. Lagroua (1909-1911). The chatuspathi was founded by Kalicharan Das and it was learnt that he had donated an amount of thirty thousand rupees at that point of time. It was not known for sure whether anyone before Das had donated such a huge amount for a noble cause – spread of education. It was also learnt that this Sanskrit school had previously trustees like Sadhucharan Mukhopadhyay, Charu Chandra Roy and Bhringeswar Srimani.

Later on I came to know that the same was closed about four years back.